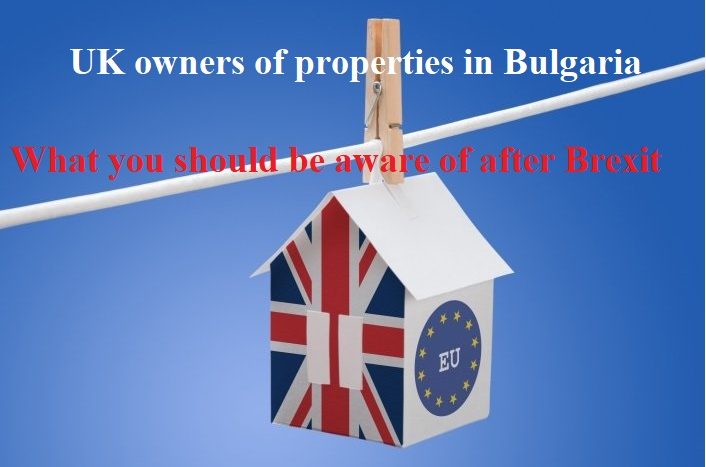 As of January 1st2021, the British citizens and companies are not allowed to acquire land in Bulgaria (including agricultural land, forests and forest land), except by inheritance. The reason for the ban is that after the United Kingdom left EU, they grant the status of citizens of third countries of the European Union.

The ban does not affect the acquisition of ownership of other real estate such as apartments, houses,etc.
It is important for all UK owners in the country to know, that according to the Agreement of December 30th, 2020, Bulgaria has explicitly expressed a reservation, retaining the effect of Article 22 of the Constitution („foreigners and foreign legal entities may acquire the right to own land under the conditions arising from the accession of the Republic of Bulgaria to the European union or by virtue of an international treaty, ratified, promulgated and entered into force for the Republic of Bulgaria, as well as by inheritance by law „), Art. 3 of the Law for the ownership and use of the agricultural lands and art. 10 of the Forest Act.

According to the experts in the Law, in this situation the British citizens and companies that acquired land in Bulgaria prior 31st of December 2020 are protected by the Constitution, which states that the alienation of property rights can take place if three prerequisites are present at the same time.: „on the basis of law, in the presence of state or municipal needs that cannot be met in any other way after prior and equivalent compensation“.

The ban for acquiring land can off course be circumvented if British citizens own a company registered in Bulgaria.  That was common practice in the past years before Bulgaria joined EU. However, this possibility now exists only for land located in urban areas, because the Law on Ownership and Use of Agricultural Land prohibits companies in which partners or shareholders are foreigners, to own agricultural land.

Register here! Forgot Password? Back to Login Return to Login